Catching Cutbow Trout on the Fly 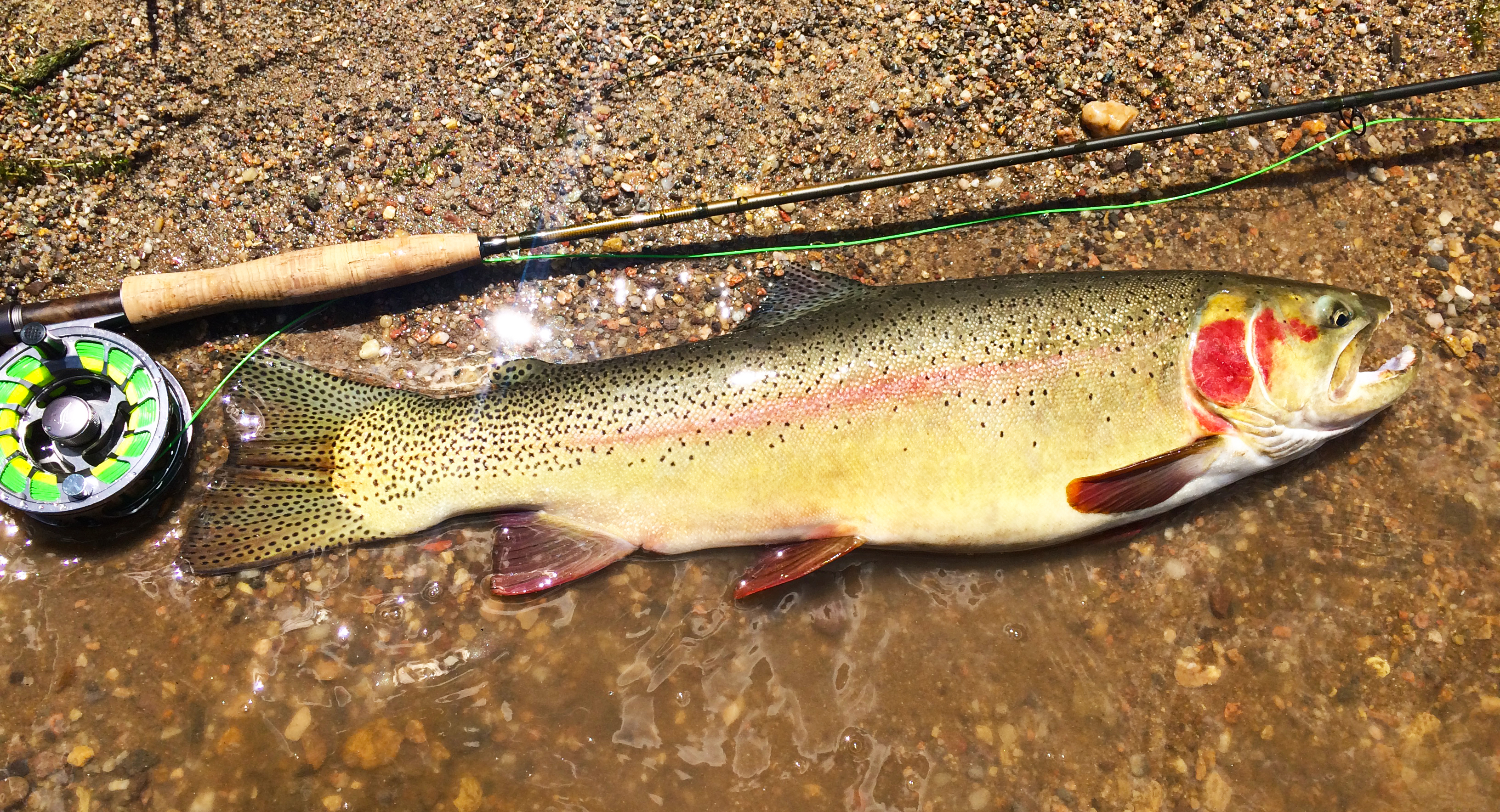 Your reel screams as fluorescent fly line unspools down river behind the largest dorsal fin you’ve ever seen. This is a common scene when you hook into cutbow! Equal parts pitbull, feral pig, and mutant trout, cutbows are a single-minded alpha predator that are all about packing on the pounds and aren’t picky about what they eat. Cutbows are a hybrid trout species created when the eggs of female cutthroat trout are fertilized by male rainbow trout. While naturally occurring in water inhabited by both rainbow and cutthroat trout, in the late 1980’s cutbows became a mainstay of hatcheries across the Rocky Mountain west due to their hardiness and resistance to contracting whirling disease.

In part IV of our Trout Smart series, we will be breaking down how to fish for Oncorhynchus clarkii x mykiss, aka the Cutbow trout. 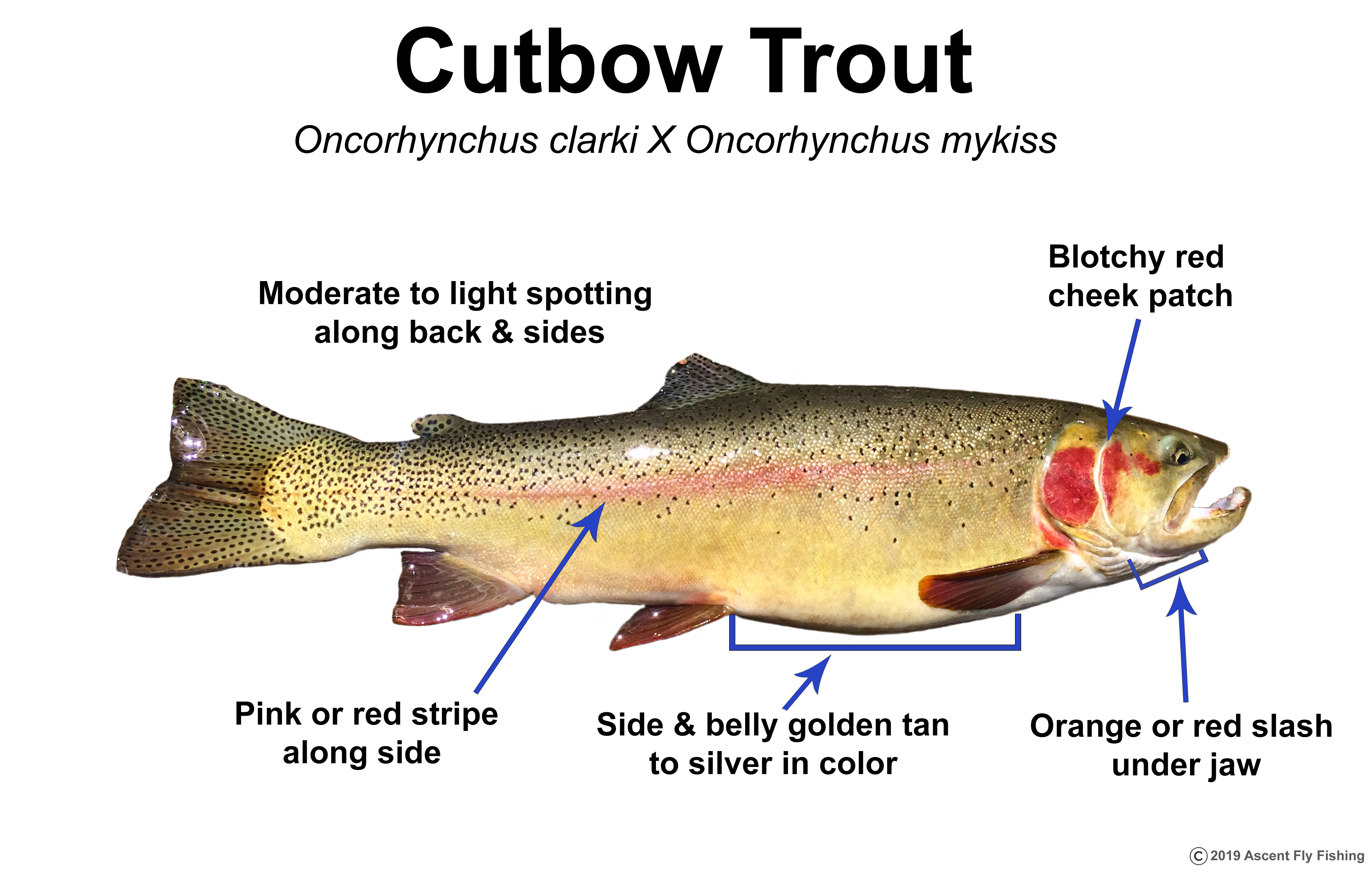 Cutbows are without a doubt the most misidentified trout species. Sharing both characteristics of the rainbow and cutthroat trout, with these traits exhibiting themselves to varying degrees from population to population, the fly fisher needs an acute eye to properly identify this fish. The key characteristics that define a cutbow trout are:

While only naturally reproducing in small numbers in the wild, both state and private hatcheries in New Mexico, Colorado, Wyoming, Montana, Utah, Idaho, Washington, and Oregon hatch and release tens of millions of cutbow trout each year. Equally at home lakes and rivers, cutbows are a fast-growing, resilient breed that can survive in water temperatures up to the mid-70’s (Fahrenheit). Less cautious than Brown and Brook trout, cutbows will often be found in the shallow riffles and faster flows cohabitating with their paternal relatives, the rainbow trout. 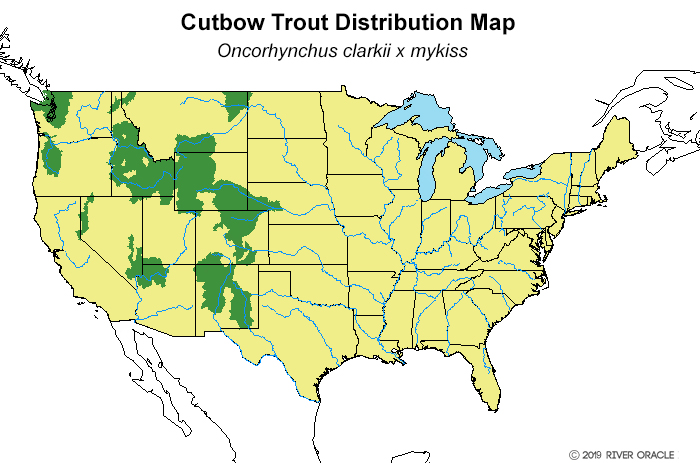 Feeding Behavior & Foods:
Like the defensive line of a professional football team, cutbows are bred to be big and aren’t known for their smarts. Feeding primarily on macroinvertebrates such as mayflies, caddis flies, stoneflies, and midges, cutbows are easy prey to any angler who is halfway decent at matching the hatch. As cutbows reach 3 to 4 years of age or top 15 – 16 inches in length, larger prey species such as crayfish, minnow, leeches, young trout, and large terrestrial insects become staples in their diet and they really start to pack on the muscle!